YOU HAVE SOMETHING TO SAY.

WE CAN HELP YOU SAY IT

The Penn State Undergraduate Speaking Center was born of the belief and supporting evidence that speaking well matters. Our mission is to help Penn State students graduate as excellent orators. From individuals to groups, the Speaking Center’s trained mentors are ready to assist with every phase of your presentations.

The Speaking Center, located in 7D Sparks Building, is open to University Park students for drop-in sessions during fall and spring semesters, excluding breaks.  We are closed for summer, and will reopen Tuesday, September 6.

During fall and spring semesters, online mentoring is only available to students enrolled in CAS 100 sections that meet exclusively online.  Check for available appointments on the Public Speaking Mentoring page on Starfish. When possible, please schedule your appointment at least 15 minutes in advance.

For technical support with your Zoom meeting, contact the IT Service Desk. If you have additional questions, or if you encounter other problems, contact: speakingcenter@psu.edu.

Your time is valuable, and so is ours! Be sure you come prepared for your meeting by bringing all of the resources necessary to your visit.

Plan ahead. Don’t wait until the day before (or hours before) to seek help; you need time to make changes and rehearse your presentation aloud over several days.

Come as prepared for your meeting as possible. For example:

“WHAT TO BRING?” CHECKLIST

There are specific Course Guides for Penn State courses. These resources have been designed to meet the curriculum needs of particular courses. Find your course here: Course Guide Finder 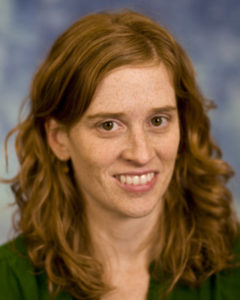 Emily Rimland, Subject Specialist for CAS 100A, has put together a great page that will help you with topic selection and research from a wide array of sources. She’s a tremendous resource!

Improper or absent citations can land you in a sea of hot water! With all of the easy resources, there’s no excuse not to cite your work properly.

CAS 100A (GWS) Effective Speech (3) Principles of communication, implemented through presentation of speeches, with some attention to group discussion and message evaluation.

CAS 100B (GWS) Effective Speech (3) Principles of communication, implemented through group problem solving, with some attention to formal speaking and message evaluation.

CAS 100C (GWS) Effective Speech (3) Principles of communication, implemented through analysis and evaluation of messages, with some attention to formal speaking and group discussion.

CAS 210 (GH) Landmark Speeches on Democracy and Dissent (3) Landmark Speeches on Democracy and Dissent offers a survey of key speeches, debates, and controversies making up the rich tradition of U.S. civic life. The course is designed to introduce students to the basic historical contexts within which these key events arise; engage them in close readings of speeches, tracts, and polemical writing; and develop skills in critical thinking and writing. Students will attend to a broad spectrum of voices, including those of historically under-represented peoples as well as canonical figures. Landmark Speeches on Democracy and Dissent thereby encourages students to develop a broad rhetorical literary in the diverse democratic voices that have long contributed to essential U.S. arguments about nationhood, protest, war, race, gender, religion, and more. The course presupposes that students will be able to apply this rhetorical literary to both participation within and critical thinking about contemporary forms of democracy and dissent.

CAS 417 Studies in Public Address (3) Language is power, and that power is vital to shaping our shared realities, values, and aspirations. Studies in Public Address examines key debates, issues, personalities, and texts as they shape American civic life. Themes may include the rhetoric of civil rights, religion, nationhood, and social controversy. Because the content of the class reflects the specific research interests of the professor teaching it that semester, students are encouraged to contact the professor responsible each semester to determine course content.

Because we want to provide the most effective, beneficial experience for center visitors, there is a 2 semester process involved in becoming a mentor.

Students who have completed CAS/ENG 137H/138T or CAS 100A with an A- or better may nominate themselves or be nominated by their instructor for consideration as a mentor. Nominations are accepted during spring or fall semesters.

Nominated students will be invited to interview for acceptance into CAS 490, Peer Mentoring for Public Speaking, the following fall. Successful completion of the course and a recommendation by the course instructor will earn a position as a paid mentor.

Speaking Center mentors would be happy to visit your class or student organization to talk about the Center. The standard presentation lasts less than 5 minutes and explains the range of services offered, from topic selection and development all the way through delivery and how to deal with nervousness. Email speakingcenter@psu.edu with your preferred locations, times, and dates.

We also are able to provide more in-depth presentations on a range of speech development strategies, such as transitions and organization strategies, brainstorming, rehearsal strategies, and PowerPoint design. Email speakingcenter@psu.edu to discuss how we can tailor a presentation to the specific needs of your class or organization. (Because these presentations take additional time to develop, several weeks’ notice may be required.)